NEW YORK, Jan. 15, 2019 /PRNewswire/ -- TBWA\Worldwide has elevated Cem Topçuoğlu to President, International, after serving as President, TBWA\CEE, Middle East and Africa, for the past four years. 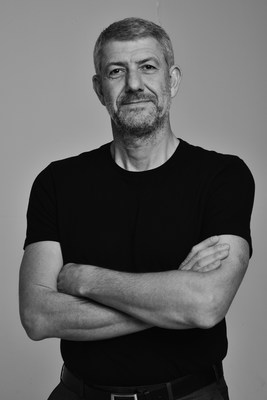 In his expanded role, Topçuoğlu will continue to report directly to TBWA\Worldwide President and CEO Troy Ruhanen, adding a number of markets in Western Europe to his purview, including Finland, Ireland, Italy, Manchester, Spain and Sweden, among others.

"Results speak for themselves," said Ruhanen. "Cem has been instrumental in driving innovation and reinvention in key markets across EMEA. He's not a fix-it man, but a builder for sustained success, helping to architect tailored visions for each operation. We've seen his impact from Turkey to Dubai to South Africa to Russia, and we're looking forward to him bringing the same energy to more markets in Western Europe."

After founding his own agency in 1993, Topçuoğlu partnered with TBWA in 1999 to form TBWA\Istanbul, which today remains the dominant agency in Turkey. He was promoted to President, TBWA\CEE, Middle East and Africa in 2015, and has driven numerous innovation initiatives across the region, including a custom training program with Facebook and scaling TBWA's best data practices across markets. In 2018, TBWA saw creative and business success across all corners of the region, with TBWA\RAAD named Agency of the Year, as well as Network of the Year at Dubai Lynx; TBWA\RAAD ranked the #1 MENA Agency at Cannes 2018; TBWA\Group in South Africa winning 2018 Regional Agency Group of the Year at the Loeries; Grid Worldwide named Specialist Agency of the Year at AdFocus Awards; TBWA\Istanbul recognized as the Most Awarded Agency at the Crystal Apple Ceremony and named Creative Agency of the Year by the MediaCat Cat Report.

"One of the best things about TBWA is the collective philosophy of working together to help build our markets," said Topçuoğlu. "We have best-in-class digital and data capabilities, innovation initiatives and the best talent in the business. Throughout the region, our creative product has improved and helped our client business grow rapidly. I look forward to working with our agencies to unlock even more success."

Originally from Istanbul, Topçuoğlu graduated from Marmara University and began his career in advertising at Grey. He spent time working in Grey's New York office, gaining experience in fast-moving consumer goods for clients such as Procter & Gamble and Bristol-Myers, before moving back to Istanbul, where he rose to the position of Executive Vice President.

About TBWA\Worldwide
TBWA is The Disruption® Company: the cultural engine for 21st century business. Named Adweek's 2018 Global Agency of the Year, we create disruptive ideas that locate and involve brands in culture, giving them a larger share of the future. Our collective has 11,300 creative minds across 275 offices in 95 countries and also includes brands such as Auditoire, Digital Arts Network (DAN), eg+ worldwide, GMR, The Integer Group®, TBWA\Media Arts Lab, TBWA\WorldHealth and TRO. Global clients include adidas, Apple, Gatorade, Henkel, Hilton Hotels, McDonald's, Michelin, Nissan, and Singapore Airlines. Follow us on Twitter, LinkedIn and Instagram and like us on Facebook. TBWA is part of Omnicom Group (NYSE: OMC).