, /PRNewswire/ -- TBWA\WorldHealth, the global healthcare communications network, achieved a spectacular win last night at the 28th annual black-tie Manny Awards gala at Pier Sixty, in . The agency, launched , celebrated its one-year anniversary by taking home the "Vision Award" for their innovative partnership with the 2016 TEDMED conference 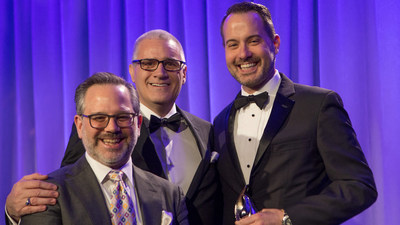 "We're thrilled to receive the prestigious 'Vision Award' at the 2017 Manny Awards," said , Global President, TBWA\WorldHealth. "This recognition celebrates the innovative work we are creating as a team and the momentum we've achieved in the past year."

The TBWA\WorldHealth leadership team was in the spotlight earning the 2017 "Vision Award" for Disruption® Live (at TEDMED). , Chief Digital Officer and , Chief Strategy Officer led this visionary effort on behalf of the agency resulting in this impressive achievement. This distinguished award, selected by the editorial staff of , honors agencies whose idea, concept or initiative best exemplifies the healthcare communications agency of the future. "It's a tremendous honor and we're delighted to have a partner like TEDMED whose contributions to health and wellness are so important," said Mr. Chichester.

The team earned the Vision Award for their engaging opener video used to launch the 2016 TEDMED event and for utilizing Disruption® Live to connect healthcare innovators and entrepreneurs around the globe. The agency embraced TEDMED's theme "What If?" and created a content ecosystem to start the discussion. Their efforts efficiently engaged hundreds of delegates at the conference and initiated thousands of conversations on social media.

To execute their idea the Disruption® Live team set up a command center/sound studio at TEDMED's epicenter of action known as "The Hive." The team explored the 2016 innovator's "What If" concepts via live interviews, resulting in an inspiring podcast, and real-time animations illustrating the ground-breaking concepts. The impressive results—130 media pickups, including the , 49.8K twitter impressions and a 3,521% increase in profile views.

"We're elated that our creative work for TEDMED made such a strong impact this year and has resulted in our agency earning this celebrated award," said Mr. Pfleiderer. "This accolade is a testimony to the power of disruption, creative passion, and the strength of our talent."

The Manny Awards, produced by , honor exceptional and innovative creativity in healthcare advertising and communications. The finalists and winners are determined by industry peers and the editor of .

About
Omnicom Health Group (www.omnicomhealthgroup.com), part of (NYSE: OMC), is a global collective of communications companies with more than 3,200 dedicated healthcare communications specialists. It provides marketing services to the health and life-science industries through a combination of specialized agencies, customized client solutions and collaborations with other network agencies. Organized around four customer groups—healthcare professionals; patients; payers; and medical, evidence and regulatory stakeholders—Omnicom Health Group serves more than 100 clients in over 55 offices worldwide. 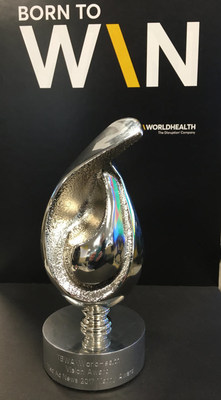 To view the original version on PR Newswire, visit:http://www.prnewswire.com/news-releases/tbwaworldhealth-earns-vision-award-at-2017-med-ad-news-manny-awards-300443716.html