, /PRNewswire/ -- Wendy Clark, Chief Executive Officer of , part of (NYSE: OMC), today announced the appointment of to the newly created role of North American Chief Creative Officer. As of , Weiss will be responsible for leading the agency's NA creative departments. Weiss joins DDB from BBH New York, where he spent six years, led his teams to 24 Cannes Lions, and most recently served as Chief Creative Officer. 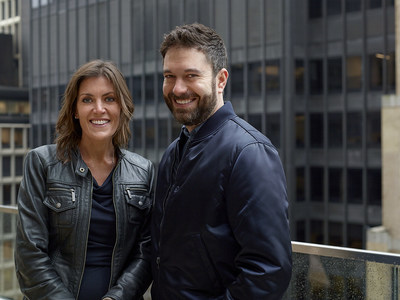 Clark stated, "There were so many qualities we wanted in our North American Chief Creative Officer, and Ari hits the mark on all of them. His work is sensational—driving business impact and consistently winning creative acclaim at the highest levels. Every time we met during this process we ran out of time, such was the depth of our instant connection, shared vision and ambition for DDB."

"I am a huge advertising nerd. And you can't be a huge advertising nerd without worshiping . He was the original creative renegade," said Weiss. "He wasn't a renegade because he wanted to be different; he was a renegade because he knew difference would drive business growth. That kind of bravery is in DDB's bones. You pair that with the incredible momentum Wendy and her team have built in the last year and you've got the opportunity of a lifetime."

A year after Weiss joined BBH New York, the agency found its way onto Creativity's coveted A-List and was named Webby's "Agency of The Year," both firsts for the shop. And under his leadership BBH NY has created award-winning work for clients including AXE, PlayStation, , Vaseline, Seamless, , Sprite and The Weather Channel.

In 2016 Weiss helped launch the political campaign of the fictional presidential candidate (the star of the Netflix Original Series ). The campaign launched during the highest-rated political debate in American history and quickly became the top trending topic on Twitter. It was also recognized at the 2016 Cannes Festival with seven Lions, including one of the festival's most coveted prizes, the Integrated Grand Prix.

In addition, Weiss penned the line "Greatness Awaits," winning the PlayStation business and leading the brand to the largest console launch in gaming history. This not only successfully took PlayStation from the number three brand in the category to the number one brand in the category, but it has helped sell over 50 million units to date. The launch campaign also received eight Cannes Lions, including Gold for both Cyber and Film—the only campaign to receive that honor in at the 2014 festival.

Clark said, "In what can only be described as a turnaround year for DDB, with epic new business wins, healthy expansion of existing clients and topline revenue growth, we are now completely focused on elevating the quality, impact and profile of our work. It is our very reason for being and nothing could be more important. My confidence could not be higher that Ari's creative, cultural and business impact will be felt immediately at DDB and I just can't wait to get started."

Prior to BBH, Weiss worked at some of the industry's most respected and award-winning agencies, including: , Wieden+Kennedy, Goodby, , 180LA and , where he started his career. He has written highly effective and awarded campaigns for such brands as , , , Guinness, Snickers, DirecTV, Fox Sports, and The .

About DDB
(www.ddb.com) is one of the world's largest and most influential advertising and marketing networks. DDB has been named Agency of the Year numerous times by the Cannes International Festival of Creativity and the industry's leading advertising publications and awards shows. The Gunn Report has listed DDB as one of the Top 3 for 12 of the last 15 years. The agency's clients include , , Unilever, Mars, , and , among others.

For further information on and its brands, please visit www.omnicomgroup.com.

To view the original version on PR Newswire, visit:http://www.prnewswire.com/news-releases/ddb-north-america-names-first-chief-creative-officer--ari-weiss-300377584.html