TBWA Wins Network of the Year At The 2019 ADC Awards; TBWA\Hakuhodo Named Agency of the Year

NEW YORK, May 7, 2019 /PRNewswire/ -- TBWA Worldwide was named Network of the Year at the 2019 ADC Awards in New York last night, with the global collective taking home six Best of Discipline awards, 17 Gold, 11 Silver and nine Bronze, finishing as the year's highest-scoring agency network across all disciplines. TBWA\Hakuhodo was also celebrated as Agency of the Year, receiving three Best of Discipline, eight Gold and one Silver for their AIG Insurance "Pride Jersey" campaign, with their AIG client partner also awarded Brand of the Year. 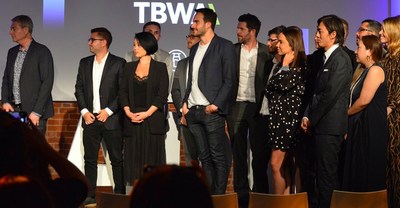 Other TBWA agencies shined throughout the night, with TBWA\Media Arts Lab winning six of the awarded Gold cubes for Apple's "Welcome Home," two Silver and five Bronze for Apple "Safe Your Gifts" and one Silver for "Behind the Mac."

TBWA\Chiat\Day New York received fantastic recognition across a diverse range of clients, awarded three Best of Discipline and Gold awards, two for the Columbia Journalism Review "Fake Newsstand," one for the Thomson Reuters Foundation "Unboxing The Truth" campaign, plus another five Silver cubes, three for adidas "Billie Jean King Your Shoes" and two for the "Fake Newsstand."

Chris Garbutt, TBWA's Global Chief Creative Officer said: ""It's a great honor to be recognized by the ADC. Art direction and design are such an important part of our culture so this recognition is especially meaningful to us. I'm also proud to see the breadth of our global collective represented, with so many of our agencies continuing to push to do the brave thing. A special mention goes to Agency of the Year TBWA\Hakuhodo, with their client AIG named Brand of the Year. We also saw beautiful work recognized from TBWA\Media Arts Lab, TBWA\Chiat\Day New York, Heimat and TBWA\India. We are energized by the momentum that continues to build across our collective. It's only the beginning!"

This ADC accolade come at a time of positive momentum for the TBWA agency collective, after recently being named to both Ad Age's Agency A-List and Fast Company's Most Innovative Companies List for 2019, as well as being celebrated as Adweek's Global Agency of the Year for 2018.

TBWA is The Disruption® Company: the cultural engine for 21st century business. Named one of the World's Most Innovative Companies by Fast Company and Adweek's 2018 Global Agency of the Year, we create disruptive ideas that locate and involve brands in culture, giving them a larger share of the future. Our collective has 11,300 creative minds across 275 offices in 95 countries and also includes brands such as Auditoire, Digital Arts Network (DAN), eg+ worldwide, GMR, The Integer Group®, TBWA\Media Arts Lab, TBWA\WorldHealth and TRO. Global clients include adidas, Apple, Gatorade, Henkel, Hilton Hotels, McDonald's, Michelin, Nissan and Singapore Airlines. Follow us on Twitter, LinkedIn and Instagram, and like us on Facebook. TBWA is part of Omnicom Group (NYSE: OMC). 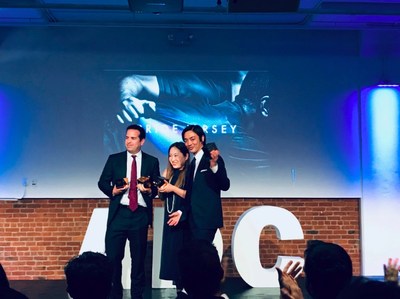