, /PRNewswire/ -- TBWA\Chiat\Day New York announced today that the agency has hired as Chief Creative Officer. Beresford-Hill, who joins from sister Omincom agency BBDO New York, will assume creative leadership across the agency's full roster of clients, which includes , adidas, eos, , Michelin, , , , , and , among others, and will be responsible for leading and cultivating TBWA\Chiat\Day New York's creative department. The appointment follows promotion to Chief Creative Officer of in May. 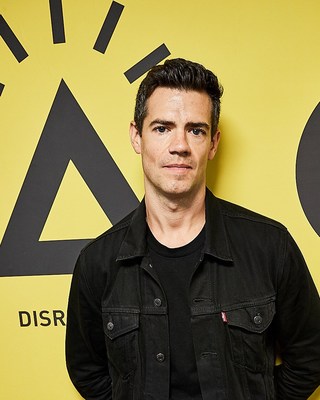 Beresford-Hill will report to Garbutt, and partner with TBWA\Chiat\Day New York CEO . Alongside his agency duties, Beresford-Hill will also join Global Creative Core, a select group of top creative leaders from across the collective chosen to help execute against the company's vision to make disruptive work that connects with culture.

As continues its push to make iconic work across the company's global brands, , who joined the agency last year as ECD and Global Head of Art, will take on expanded global responsibility, driving creative excellence and elevating the level of craft for clients.

"Chris has the energy and talent to ignite a creative renaissance in ," said Garbutt. "He's prolific, charismatic, he's got swagger and he's ready to excel. His work has consistently become part of culture and makes a tangible impact on his clients' businesses. He's a phenomenal talent and we are thrilled that he is joining us in ," said Garbutt.

, Chief Creative Officer of and Chairman, , added, "BBDO New York is a proving ground for talent that can take on really big jobs. This is a great opportunity for Chris as well as a chance to leverage his talent within the network.  We are excited for Chris, both because he's been a valuable contributor to 'The Work' since he joined , and because he's a good person.  We wish him the very best."

Beresford-Hill is an award-winning creative director, named among Advertising Age's "40 under 40" and the Adweek "Creative 100." He will bring his talents to .

As EVP, Executive Creative Director at BBDO New York, Beresford-Hill has led creative for several of the agency's marquee clients alongside partner , including , Guinness, Priceline.com and . He is perhaps best known for his award-winning campaigns for featuring boxing champions and , as well as and , the latter of which is said to have sparked the conversations that led to the Fight of the Century. Notably, Beresford-Hill also created the "Wheelchair Basketball" film for Guinness that was named one of TED's Ten Ads Worth Spreading, and received the Visionary Leadership award.

Prior to , Beresford-Hill held Creative Director and writer posts at Saatchi & Saatchi New York, Goodby, in , and !, in Boston.

"I have always loved TBWA\Chiat\Day New York, and have admired the members of this leadership team even before they fully assembled," said Beresford-Hill.  "Every conversation I have had in the process has reinforced my belief that amazing things are about to happen."

"I'm excited to introduce Chris to all of our clients as we continue on our quest to be the most iconic creative company on and all points beyond," added Schwartz. "Chris is the ideal creative leader to make that happen."

About TBWA\Worldwide
TBWA\Worldwide (http://www.tbwa.com) is a top-ten ranked global advertising collective that holds Disruption® at its core to develop business-changing ideas for brands. has 11,300 employees across 305 offices in 98 countries and also includes brands such as Auditoire, Digital Arts Network (DAN), eg+ worldwide, The Integer Group®, TBWA\Media Arts Lab and TBWA\WorldHealth. global clients include adidas, , Gatorade, , , Michelin, , , , , and Vichy. Follow on Twitter and Instagram and like us on .