, /PRNewswire/ -- TBWA\Media Arts Lab social impact agency MAL\FOR GOOD (MFG), which was launched in 2014 and is dedicated to purpose based work, is ramping-up its leadership team by naming as Managing Director. The agency today also released a manifesto outlining its "Be Good. Do Good" philosophy and launched its first website: www.malforgood.com. Building on MFG's three years of proven success within the social purpose marketplace, these moves elevate the shop's profile and accelerate its mission to solve big, bold social issues.

"As a social impact agency with an extraordinary pedigree in serious brand building and culture creation, MFG has been in a class of its own," said MFG Global Creative President , who joined the shop in October last year from TBWA\Media Arts Lab where he was the Chief Creative Officer. "Today we proudly announce that we are stepping out with a reinforced leadership team, a stronger vision, a new look and naturally, a new website. We're here to be good and do good, and do it differently."

As a former Wieden + Kennedy Global Group Account Director, Plowman created world famous, award winning campaigns for , , Coca-Cola, Old Spice, and . She has worked with Wieden + Kennedy in Portland and , and helped launch the agency's office in . Since leaving that agency a decade ago, she has pursued a commitment to social enterprise and innovation, starting with the where she helped launch "The Girl Effect," a multiplatform campaign promoting investment in adolescent girls in the developing world to break the cycle of global poverty.

After the , Plowman was named COO of the non-profit World Pulse, which she helped turn into a social media network that supports and advocates for grassroots women leaders. Later, she became Managing Director of the social innovation design startup , working closely with consumer brands and foundations including Vulcan, , , , and Ecotrust. Finally, before joining MFG, Plowman was Director of at , the third largest not-for-profit health system in the country. At MFG, Plowman will be working alongside Milner, guiding next steps in the evolution of this unique social impact agency.

"Our working model is to offer world class creative focused on social impact," said Plowman. "We've got a clear vision, the social enterprise climate is ripe and we're backed by , a global network. MFG is all about helping brands and organizations find and spread their good in an authentic way in order to make the impact they want."

"Julia's career has been about innovation, purpose and making a difference," said , president and CEO, . "She also has an incredible resume working for some of the world's top consumer brands. She is a perfect fit for MFG. We're building an agency that is staffed with some of the best, smartest and most talented people in the industry and we're bringing all that to service causes and organizations that do good in the world. Our super powers are creativity and strategic thinking, and if we can use those to make positive change, that's a good thing."

Chairman and Global Director launched MFG as a division of the TBWA Apple dedicated agency in . Since then the agency has created impactful campaigns as well as social movements; for example, MFG conceived and launched the nationwide bus tour, a grassroots community initiative now in its third year that challenges the nation's largest public institution, the public school system, to change and better itself. In 2015, MFG won a Cannes Gold Lion award for film craft for the film The , created for "Nature Is Speaking" campaign and narrated by actor .

"Today, brands need to have more than just a point of view on what's happening in the world," said Clow. "A brand's values need to be part of their brand behavior and message. Julia and Duncan leading MFG, uniquely positions us. They combine a deep understanding of "Social Impact" marketing with a world-class history of brand building and storytelling. They'll do good."

ABOUT MAL\FOR GOOD
Based in and part of the network of agencies, MFG is a social impact agency committed to the planet, the people who inhabit it and brands that want to make a difference. Working with for-profit and not-for-profit clients, we deliver innovative, inspiring creative for brand building, storytelling and consumer engagement. We integrate brands into culture, producing fan bases and social movements. MFG believes every brand, every organization and every individual has good to offer to the world, but sometimes they need help tapping into it and packaging it. MFG clients have included , Emerson Collective, , , , Tom's, .

About
TBWA\Worldwide (www.tbwa.com) is a top-ten ranked global advertising collective that holds Disruption® at its core to develop business-changing ideas for brands. has 11,300 employees across 305 offices in 98 countries and also includes brands such as Auditoire, Digital Arts Network (DAN), eg+ worldwide, The Integer Group®, TBWA\Media Arts Lab and TBWA\WorldHealth. global clients include adidas, , Gatorade, , , Michelin, , , Pfizer, , , and Vichy. Follow on Twitter and Instagram and like us on . 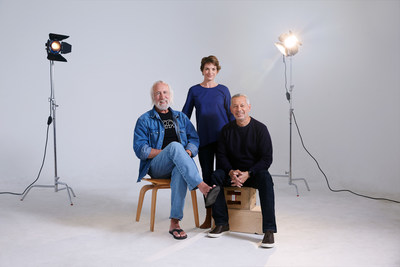